Averting an environmental disaster to creating a buoyant business

On the first day of lockdown in 2020, Ally Mitchell was working as a commercial diver on the salvage of the MV Kaami. The vessel had run aground off the north west coast of Skye and her cargo was a LOT of shredded plastic and waste material. Finding himself essentially swimming in a hold of plastic bits that were threatening a part of Scotland that is close to his heart, his thought process went from: ‘This is a potential environmental disaster’ to ‘I’m going do something about this, ASAP’.

Thankfully, Ally is a man who has oodles of gumption and, rather than leave his action-oriented thoughts behind with the cargo, he took home some of the plastic, bought himself a small plastic mould equipment, and set about working out how to melt, mould, and create something useful from the waste.

The product he ended up making was a plant pot, largely because he, his wife, and his children had been spending time growing tomatoes during lockdown and he realised that the pot shape was relatively replicable from his home manufacturing hub (aka the shed).

He also knew that there is a massive surplus of polypropylene ropes and nets from the fishing and diving industries. One site he worked on produced a tonne of polyprop rope a week that went to landfill, and evidence of synthetic fibres and ropes threating the existence of our marine life is overwhelming. Ally had a plentiful source material that he could use to make things from and every reason to remove as much as possible from harming our environment.

After trial and error at home, he was producing flowerpots that were robust and beautiful. The pots are hues of turquoise and green because he meticulously colour sorts the fishing nets and ropes when he collects them. If he didn’t do this, his products would end up a multitude of muddy colours that wouldn’t have the aesthetic sensibility he desired.

Life in the plastic lane

The meticulous sorting that he does of the source material is one of the reasons recycling plastic isn’t as straightforward as we would all like: it’s laborious work and not only needs to be sorted by type of plastic and by colour, but also any metal (e.g. metal rings on a net) must be removed, otherwise it will damage the machinery that processes it.

His pots, and the story that goes into making them, are quickly gathering quite the clientele. He’s gone from selling his first prototypes at Leith Market to winning Sustainable Product of the Year at the RHS Chelsea Flower Show and, what’s more, he’s recently signing a deal with Bloom & Wild, the UK’s largest online florists – all in the space of 18 months.

So, if you’re looking for a Christmas present, then check out his website. You too can be a little part of a business that is paving the way in sustainable circularity, and proving that recycling notoriously difficult plastic waste is not only possible but beautiful too.

His approach demonstrates some of the hurdles that face a transition to a circular economy. This includes issues around collecting and sorting waste material, a lack of sustainable options for transportation at scale, and scaling plastics recycling with moulding companies are used to using virgin plastic as their feedstock.

Moreover, he’s had to adopt an unusual business model to meet his vision: he’s part waste collector and sorter, and part product creator and vendor. The bits in the middle (plastic processing and then moulding) he outsources.

The plastics manufacturer is much more used to working with virgin plastic and using recycled polypropylene rope created some difficulties in production. Ally is great at visioneering and showing people that there is another way to do things – it helps that he’s extremely practical so can work out alternatives himself – and he’s also great at brining together people that can work together to achieve a goal. For example, as well as encouraging the plastics manufacturer to do things a little differently, Ally is also extending his network for his supply material too, with close collaboration with Harbour Masters such as Quentin Dimmer at Dunbar to help collect the material.

Ally initially began selling his flowerpots in Leith Market. It was a low-risk market entry strategy and very much a proof of concept. It allowed him to engage directly with customers to get their feedback and demonstrated that the product looked beautiful, made a great gift, and that his story was authentic and meaningful.

The next leap for Ocean Plastic Pots was instigated by his wife: she really wanted to go to the RHS Chelsea Flower Show and thought the product would be a great fit for the audience there. She took a risk and paid for their show entry on their credit card… and they ended up winning the RHS Chelsea Sustainable Garden Product Of The Year 2021, propelling them to greater heights than they ever expected for this stage of the business.

Ally’s personal story – experienced commercial diver who was inspired to create the business because of an environmental problem – creates investment. Ocean Plastic Pots also use the power of storytelling in their physical pots as each one is sold with a piece of the original source plastic material, so the customer can see exactly where their pot came from and how they have helped the environment by purchasing a pot. It’s a win-win.

Ally is a very practical guy, and he’s also very determined. He has had a remarkable start to his entrepreneurial venture – there wasn’t so much an ideation process as a bold determination to do something about a massive problem – and he’s everything from making moulds at home and cooling red hot plastic under his kitchen tap to using his knowledge from diving to find the most efficient way to remove all the metal from discarded fishing nets, he’s just had a pure ‘just gotta do it’ mentality.

Listen to the Podcast 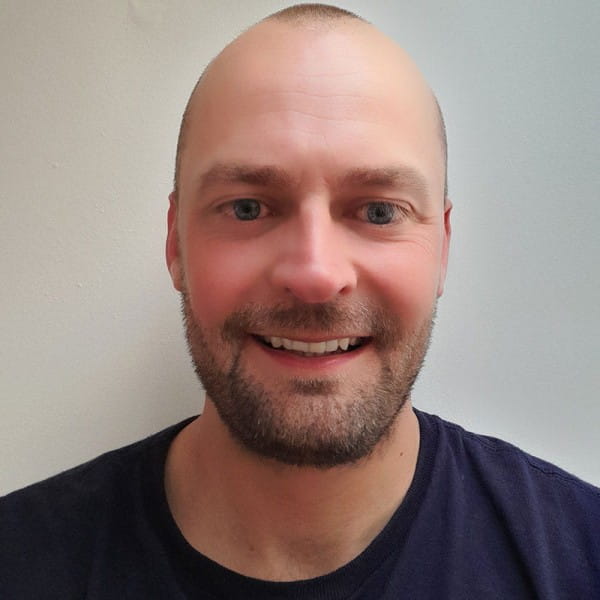 "Just because it's expensive, doesn't mean it's not worth doing." From their first prototypes at Leith Market, to winning Sustainable Product of the Year at the RHS Chelsea Flower Show, Ocean Plastic Pots are gathering quite the clientele. Find out more about their impact in creating a circular economy product for the consumer market.